As always, let me preface this by saying that I am in NO way implying that Waverly Hills Sanatorium does not have reasons to be haunted. It most certainly saw a lot of death in the TB days and accusations of abuse of the elderly in the later part of the 20th century. My ongoing goal is to provide you with accurate information so that IF you are going to investigate you know the real facts, not the manufactured ones, beforehand. The patients at Waverly were real people with real lives that were disrupted or ended by this horrendous disease, and the story SHOULD be about the great strides made at this cutting edge facility to try to give them a longer life, not the fakelore that has been fabricated about events that never happened. I personally find it disrespectful to walk into the place a person took their last agonizing breath and try to communicate with them by asking questions that have no basis in reality.

I’m sure no one can say exactly when the tales of hauntings started. I’ve seen interviews with nurses from the geriatric phase talk about weird goings on, but nothing before that (not to say people weren’t reporting it, just that I can’t find documentation) Someone somewhere knows who made up the erroneous tales that have fascinated folks so much they are willing to fork over their hard earned money to participate in ghost tours or private investigations but it is doubtful that information will ever be forthcoming.  Current rates are $22.86 for a two hour guided public tour up to $1500 for an overnight private investigation. Rumors have been circulating for years that the current owners want to turn it into a hotel but nothing has come of it yet. Still, you can give them even more money and obtain cute items via their gift shop.

Don’t get me wrong, I realize a place this expansive costs a lot to keep up and I am all for contributing to the preservation of a historical location. But (and yes, with me there is always a “but”) if I am going to hand over my hoarded grocery money or pawn my first born to spend a night there, how about giving me some real history or so I can conduct a real investigation?

When you google Waverly Hills, or watch any of the countless tv shows and movies filmed there, you are usually told (in no particular order) that there were over 63,000 deaths there, a nurse by the name of Mary Hillenburg was either murdered or committed suicide in room 502 (the year this supposedly happened varies depending on who you listened to), the fifth floor was for the mental patients, there was a blood draining room where dead patients were sliced open like wild game to bleed out thru a drain that led to the sewer system, there was a room for electro shock therapy and the death tunnel was used to remove bodies of people because they were dying at a rate of 1 or 3 (depending on who you’re listening to) an hour.

In 2001, Waverly was featured on Scariest Place on Earth (Season 2 Epi#23) with the new owner, starting the perpetuation of bad information and in 2006 a “documentary” called SPOOKED The Ghosts Of Waverly Hills Sanatorium covered all of these things in glorious detail via interviews with previous patients, staff employees from both the sanatorium and the geriatric center, some security people, a band, a ghost tour guide from a local paranormal group and the current owners.  I have to give one of the previous patients some props here, when asked about those claims, he would state those were things he did not know or had never heard about, and in what he DID talk about he came across as a man that doesn’t forget anything. TV shows like Ghost Hunters and Ghost Adventures followed suit… using all the same mantra in the history they presented. I knew it was going to be bad when the opening of the “documentary” showed erroneous facts. It says that in 1928 there were so many deaths from TB in Kentucky that a monstrous sanatorium was built, complete with body chute AKA The Death Tunnel, constructed to remove the bodies and then informs us that it closed in 1958. Now, if you’ve forgotten the timeline I gave you above, the original hospital was built in 1910, a larger one was constructed and opened in 1926 and it closed in 1961. See? Bad start to said “documentary” 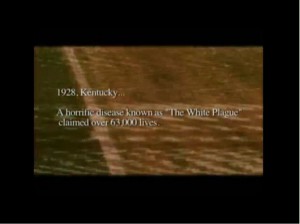 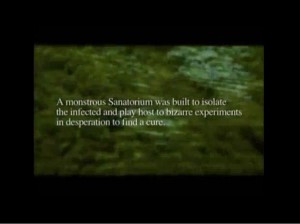 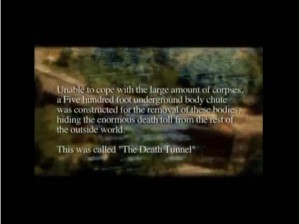 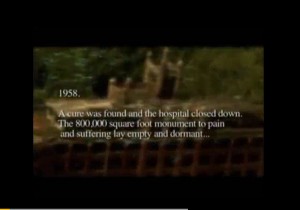 Do I have your attention now? If you are interested in reading about the real history be sure to pick up a copy of “Paranormal Fakelore, Nevermore: The Real Histories of Haunted Locations”